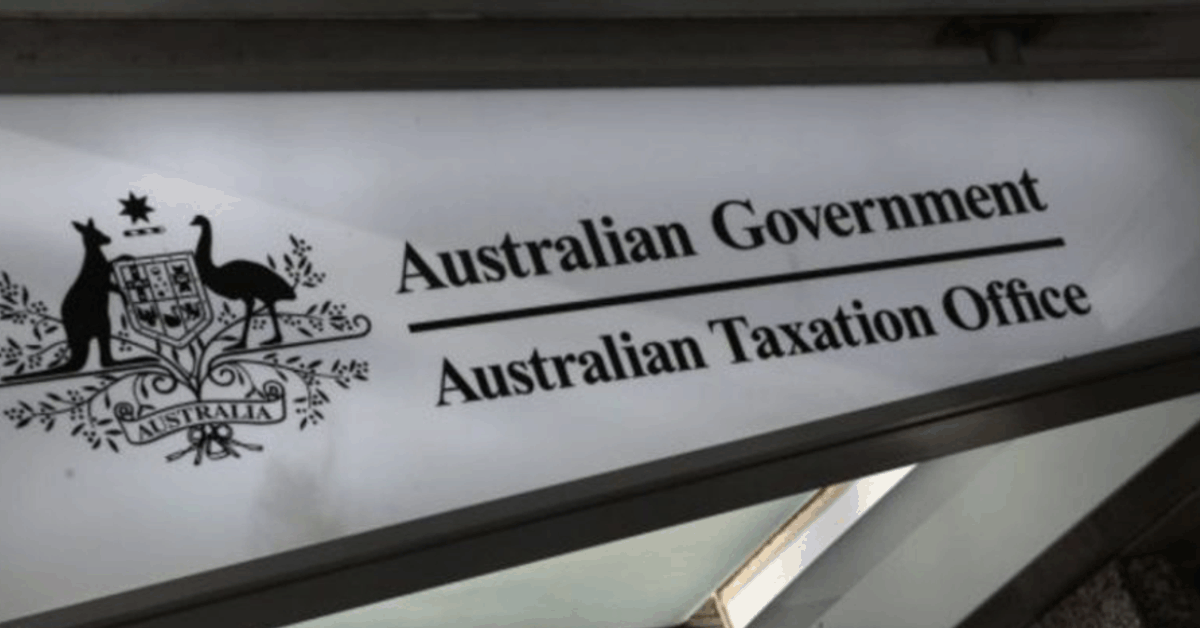 Published September 2021
​
All signs indicate the ATO’s attitude towards debt collection is about to shift from ‘soft’ to something not so passive as the nation’s collectable tax debt book has jumped a staggering 77.6% to $34.10 billion since 2016.
​

​So how did we get here?

Before looking into how the ATO might up the ante in collecting outstanding tax debt and ways in which individuals and businesses can avoid rousing the ire of the tax office, it is important to understand the country’s current tax debt levels.

A recently published report by the Inspector-General of Taxation, titled ‘An investigation and exploration of undisputed tax debts in Australia’, found that collectable tax debt increased by its largest margin between 2019 and 2020 from $26.60 billion to $34.10 billion. The increase can be attributed to several factors however it is evident from the report the ATO’s suspension of debt collection activity in light of the Black Summer bushfires and COVID-19 pandemic has a significant factor.
​ 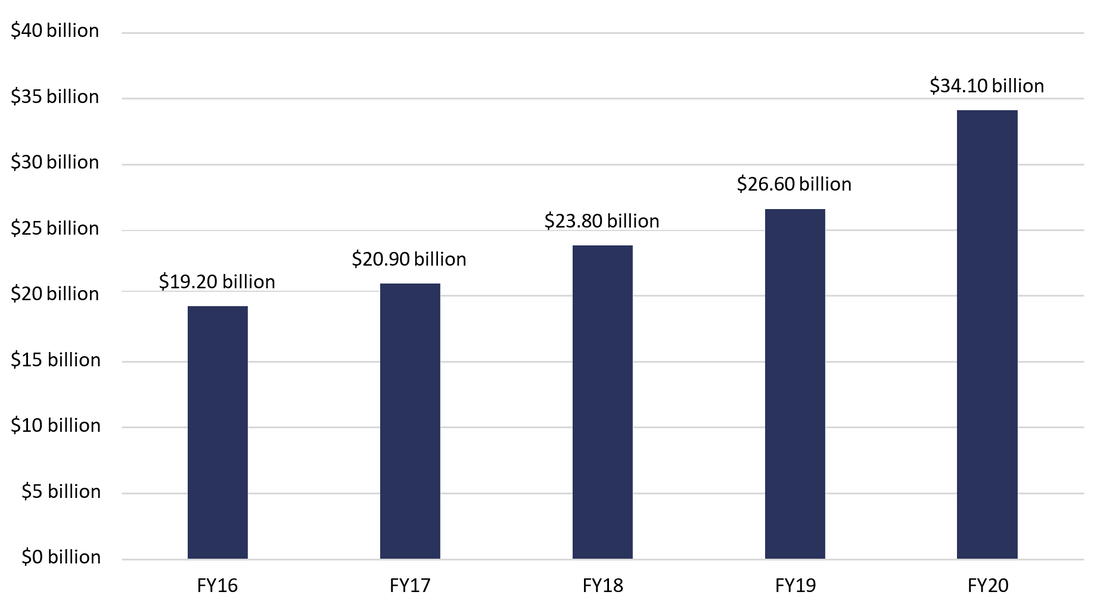 So, who owes what?

Interestingly, small businesses made up roughly 62% of the overall debt book equating to $21.4 billion in 2020 with individuals accounting for the second-largest percentage at 20.6%.
​
From an industry perspective, the graph below shows the Construction industry recording the highest level of collective debt with the top three industry groups accounting for an average of 47% of debt between 2017 to 2020.
​ 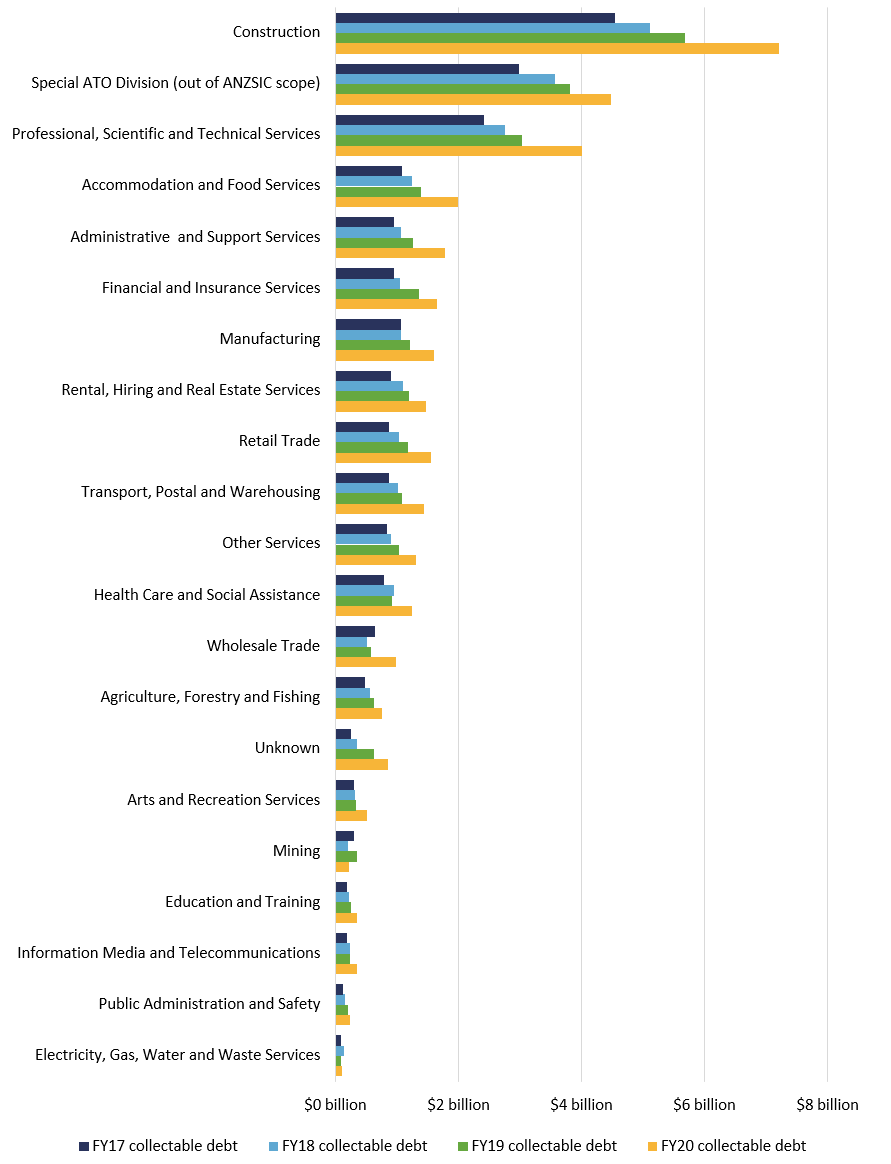 So, what is the ATO going to do next?

In early August, during a presentation to the Association of Independent Insolvency Practitioners (AIIP), it was reported that ATO representatives indicated a move to increased collection activity would be on the not-to-distant horizon. While the tax office has recommenced issuing warnings of potential future action and continues to provide assistance, the tide is starting to change.
​
Raj Khatri, a Partner at Worrells Solvency & Forensic Accountants, recently published an article stating there would be a “seismic shift [by the ATO] to approaching debt collection and momentum is gathering for ATO-initiated insolvencies (being bankruptcies and company wind-up applications).” It is understood the ATO would likely commence firmer action in October 2021.​
Source: The ATOs approach to debt-collection and small business insolvency will seismically shift
​In light of the record levels of collectable debt and low level of ATO winding-up applications over the last 18 months (only 7 between April 2020 to June 2021), the ATO’s collections team is now back to full capacity, indicating their ‘soft’ approach in communicating with businesses will dissipate towards the end of the year.
​

The ATO has a new tool in its toolbox

In late 2019, the Government passed a law that gives the ATO new powers to disclose a businesses’ tax debts of more than $100,000 that are at least 90 days overdue to credit reporting bureaus.

It is understood a small number of businesses have begun receiving orange-coloured warning letters advising them of the tax office’s intent to disclose tax debt information to credit reporting bureaus within 28 days if the business does not make an effort to manage their debt.
​
In a recent Accountants Daily article, an ATO spokesperson was reported to state that, “The ATO has contacted a small number of businesses that met the reporting criteria, requesting they take action to pay their debt or set-up a payment plan and advising them that their tax debt may be reported if there continues to be no engagement. Businesses that are actively working with the ATO to manage their tax debt will not be reported to credit reporting bureaus.”

As outlined on the ATO’s website: Disclosure of business tax debts, they may report a businesses’ tax debt if they meet the following criteria:
While the ATO has only started to initiate a small-scale program, there are potentially 5,000 businesses across the country who may meet the criteria and therefore could risk having their tax debts disclosed if they fail to act.
​
The impact of having a default recorded on a businesses’ credit file can impact its ability to borrow in the future and lasts for five years unless addressed.
​

Now is the time to take control and act.

The ATO has suggested that businesses should approach the tax office now to install payment arrangements and if warranted, seek a remission or reduction of penalties and/or general interest charges (GIC). It is also understood the ATO is forthright in their direction that they will not entertain requests to compromise principal tax debts in the absence of a formal insolvency appointment.

Ms Payne, the Inspector-General of Taxation and Tax Ombudsman, commented in a recent AFR article, noting a drop in the number of payment plans which can be set up automatically by the taxpayer for debts less than $100,000 and is an underutilised assistance tool: Undisputed ATO debts increase by 78%.

If you feel this might be you and/or your business, it is crucial to take the following steps:
As evidenced throughout this article, the ATO is likely to increase its collection activity in the coming months and it is therefore pertinent at this juncture to take the opportunity to assess your position and promptly act.

If you would like help with your personal and business debt enter your details here : Debt Assistance Form

​Author:
Tom Jollye, M.Acc, AIPA AFA
General Manager
SR Group Debt Management
We acknowledge the Traditional Owners of country throughout Australia and recognise their continuing connection to land, waters and culture.
​We pay our respects to Elders past, present and emerging.​